PWAs: Who is Using Them and How They Can Improve Your Business 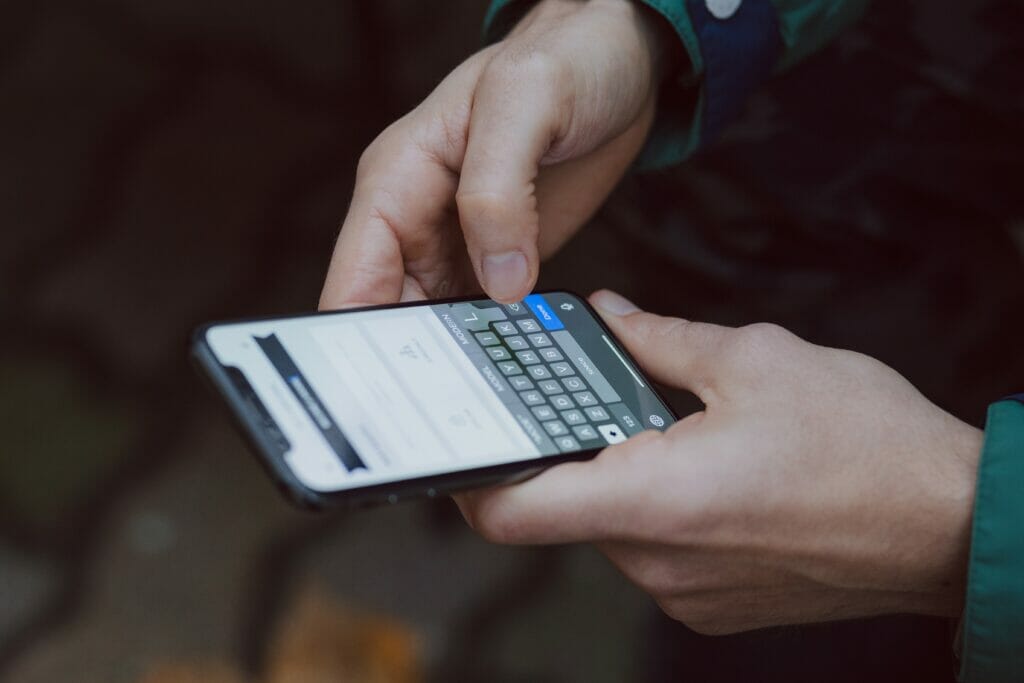 Progressive Web Apps are a form of web technology that combines mobile and web applications into a blazing fast, unified user experience. Progressive Web Apps (PWA’s) have been around for several years but have recently come into the spotlight with recent official support from Apple, Android, and Microsoft as of March, 2018. There is no denying the importance and popularity of mobile and web apps in the 21st century. Engaging customers, followers, and potential clients through the web has become a necessity to run a successful business. Whether selling a speciality good, providing a service, or hosting a platform for users to interact with one another, companies are increasingly relying on the web to drive their revenues and keep their businesses afloat.

Moreover, mobile device usage rates (in place of traditional desktop browsing) have consistently increased year over year; and with mobile now surpassing desktop for forms of internet engagement making up of 63% of all web traffic in the United States as of 20171. With change comes opportunity. This PWA White Paper aims to identify the benefits of PWA technologies, and provide insight to how they may be beneficial for business owners across the world.

Some very notable companies that have implemented successful PWA’s include Twitter, Uber, Pinterest, and Forbes. These companies all saw increases in SEO performance, load times, user satisfaction, and overall engagement. Additionally, utilizing certain aspects of PWA technology (see “Service Workers”) allows for businesses to significantly decrease their costs of distributing content; while simultaneously increasing the speed a which their content is loaded to the user’s device. As an example, after launching their lightweight and ultrafast PWA, Twitter saw a 65% increase in pages per session, 75% increase in tweets sent, and a 20% decrease in bounce rate2. The Twitter PWA was fast, light, and provided a user experience that drove up engagement, user retention, and overall use.

How do PWA’s Decrease Costs

PWA’s are a smart decision for business owners by cutting down on the costs of development and decreasing the costs of marketing. When using certain web technologies (such as Ionic Framework) to develop an application, businesses have a single, central source of code to maintain and develop that works seamlessly across iOS, Android, and Web. Traditionally, application owners would have to bear the costs of hiring separate teams to develop and maintain iOS, Android, and Web Applications. Each of the technologies are vastly different, and many developers would focus on a single skill to specialize in. This creates a need for a large team, management system to synchronize the experience of each project, and a larger project lifecycle. Additionally, each system would require its own process of manual and automated testing to assure quality assurance.

Web technologies ‘wrap’ these native functions; so that application owners need only hire a single experienced developer (or development team), that specializes in mobile web development.

There are many different billing models; but overall the concept applies. For some common data hosting & distribution providers and a more in depth comparison, see AWS, Heroku, Firebase, & mLab. Marketing costs PWA’s allow for companies to distribute a mobile application to a user’s mobile device directly through their website. As a business owner, the cost of marketing a single channel versus the cost of marketing listings on the Google Play Store, Apple App Store, and a web app can have significant cost saving incentives! It is our estimate that the marketing campaign for a single PWA will direct more focus and resources on that one product, lower campaign monitoring costs, and increased conversions.

Additionally, it is known that marketing efforts do not always cause direct traffic to a website or app. This is where search engine optimization comes into play. PWAs have become highly valued by Google’s search algorithm in recent years and better functionality and higher traffic will boost a PWA’s ranking in Google search results. It is important to business owners to understand who their users are in order to effectively market their app and target the correct personas. Marketing campaigns can be measured closely with the use of Google Analytics and Google Search console providing valuable statistics about user demographics and use habits of a PWA.

How do PWA’s Increase User Engagement

Increased speed results in increased user engagement, and user satisfaction in a web or mobile application (https://thenextscoop.com/website-user-engagement/). So how do PWA’s increase the speed and load time of your application? How are companies like Forbes able to deliver rich content to their users faster than their competition?

The answer is in a cached script on the users device called a “Service Worker”. This tool, which is fundamental in a PWA, allows the user to only request new content from the provider. In other words, instead of the company providing the entire website every time the user enters their URL in their browser, instead they ask the user’s browser “What was the last content you received?”, and then provide only new content to the user. More information on Service Workers can be found here.

As an example; Forbes gave their users the ability to install their website (as an app) directly on their users devices so that users can be notified via push notifications about topics that were relevant to them. Push notifications keep users engaged more than ever directing users to visit social media channels, promoting services and products, engaging users who are currently on the site, and restoring abandoned carts for e-commerce.

Twitter launched their Twitter Lite PWA with the hopes of providing faster load times, increasing tweets, and decreasing bounce rates (the number of people who leave after viewing one page). The PWA that twitter launched was just 600KB to download as opposed to 23.5MB that the native app required when downloading3. Back end technology on Twitter Lite called service workers, allowed pages to load significantly faster by only loading content visible on the screen that a user sees without loading the entire page4. Not only do service workers load only the necessary assets on a given page, it also caches data for other pages allowing for faster navigation between other screens. This reduction in bounce rates not only improves the user engagement bust boosts the SEO performance of web pages.

PWA’s give businesses the ability to reach users across platforms with a centralized user interface whether on mobile devices or desktop web browsers. Constant access across platforms can drive up engagement and keep a particular brand in the mind of users throughout their day.

PWA’s feel and function similarly to native applications and traditional web applications and are often indistinguishable from native applications, once the user downloads the app. The PWA can function faster and takes up less space on a user’s device than a native app and loads more efficiently than a traditional web app. PWA’s have many features that make them appeal not only to users but to the business owners as well. PWA’s have support across all platforms and maintain functionality regardless of Android, iOS, or web. The major browser support for PWAs currently includes Chrome, Safari, Firefox and Edge. This multi-browser support means that almost no user is limited in accessing PWAs on web and therefore adding that PWA to their device.

The backend technology, called Service Workers, cut down on the amount of data that needs to be distributed between a user and the server where app data is stored. Service workers function by understanding what data has been updated within the app and only download essential data when it is needed. Think of this as sending packages through the postal service where there is a transactional cost everytime a piece of mail must be transmitted. The same concept works for websites and applications where business owners must pay for the data that is transferred to and from their users. The less data that is transferred cuts down on costs and improves the speed and performance of the app ultimately benefiting the end user as well.

PWAs create a benefit for business owners in that the design and function of an app can be created around the brand and not the device. Native applications incorporate design elements that are consistent with the platform that a user is accessing through that limit a business on how their app will display. PWAs permit the design of an app to primarily focus around the brand of a product or service and do not rely on native features in order to function properly. The benefits do not only stop at the design and function of an app, but they extend to the monetization ability of the app as well.

For a full list of web capabilities; we recommend visiting https://whatwebcando.today/

Additionally, In-app advertising is a big driver of revenues for apps both on mobile and web. As of September, 2018, installing an application as a PWA allows business owners to collect on ALL advertising revenue that comes in through their apps and does not require a third party to collect a percentage. The Apple App Store and Google Play Store both take on an upwards of 30% of in-app advertising revenues for those apps to be hosted in their respective stores. In addition to sharing ad revenue with app store hosters, business owners must give those app stores a cut of in-app purchases if those purchases are delivered digitally. With PWA’s, there is no third party that takes a cut of these revenues and allows business owners to collect all advertising and in-app purchase revenues. PWAs can be gated to only allow paid users as well so that the app usage can monetized as well.

It is currently unknown if Apple or Android will implement limitations in the future; however as it stands there is a clear monetization use case for distributing directly to a user’s device, as opposed to the app stores for certain app types.

Overall, the faster a company can pivot and engage their users the more likely they are to succeed. PWA’s are not a new technology; rather an evolution on existing web technologies that the world is already using today. They provide mechanisms to enhance user engagement, increase speed, and decrease costs and time to market for web and mobile applications. Outside of gaming and AR/VR, there there are very few use cases that would not benefit from PWA technology.

Additionally, there is a great PWA write up by the Ionic Team, which is pioneering PWA support in mobile frameworks.

Enjoy, and feel free to contact us at [email protected] to find out how to adopt PWA technology to your business today. 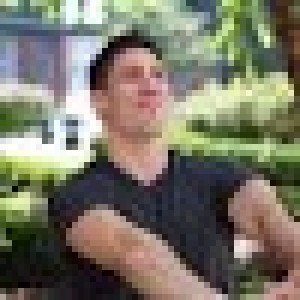 Founder
PrevPreviousWhat Startup Founders Should Know and The Essential Resources With It
NextCelebrating women’s contributions to the tech industry, in Philly and beyondNext